Arundel School is a traditionally-based, value-oriented seat of learning. It is a private school catering for girls aged 12 to 18 years in Forms I to UVI, both day-scholars and boarders. The school is a nurturing, protective and compassionate institution superbly geared to deliver an international education programme at the highest competitive levels of competency. 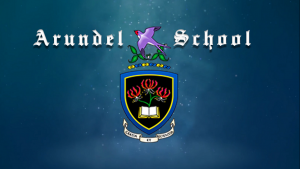 2021-03-30By it2
Posted in News
Women’s Month is coming to a close, and thank you to all the women in our students’ lives. The Junior…
Read More

2021-03-16By it2
Posted in News
As physical school slowly returns to life with the arrival of the examination candidates, we look forward to the return…
Read More

2021-03-15By it2
Posted in News
February is the month in which the United States of America and Canada celebrate Black History. It is a way…
Read More

2021-03-02By it2
Posted in News
In Robotics Club, our members take time to detox by doing what we love, which is creating. We make the…
Read More 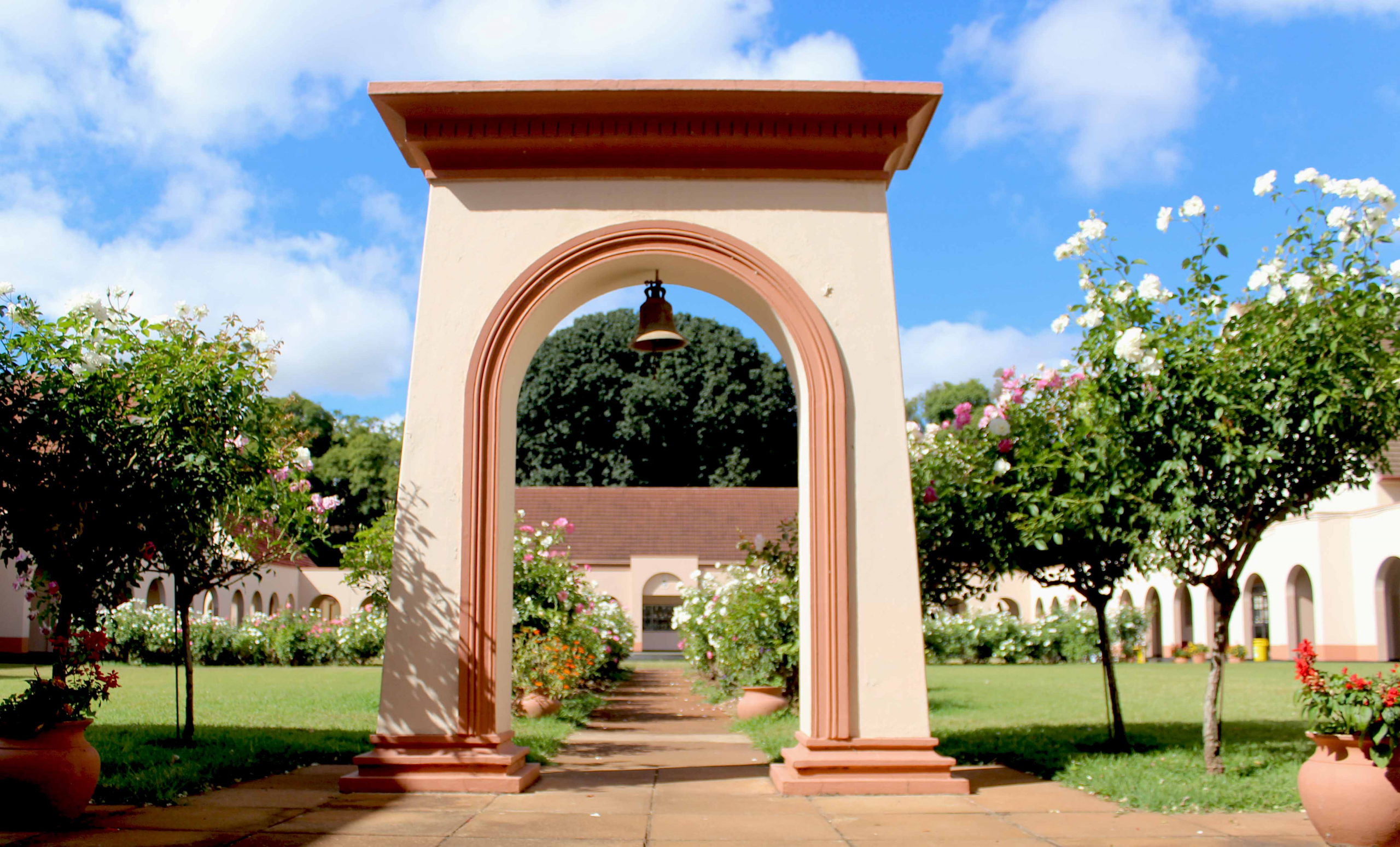 The School motto Gratia et Scientia embodies a set of values for life, geared to provide the girls with a discerning and reliable code by which to steer themselves through the business of life in an increasingly competitive world. Arundel School, as a microcosm of wider society, provides ample proof of the nation’s resilience in the face of hard times. The school and the wider community have not only endured but triumphed. Accomplished young ladies have continued to sally forth into the wide world, brilliantly geared to meet its challenges while flying the Arundel flag. Arundel girls are currently studying on scholarships in the UK, Australia, USA, Canada and world over.

To be amongst the foremost girls’ schools in the world, creating leaders of influence in their spheres

Early in 1954 one hundred acres of Arundel Farm became the site of Arundel School. The land was sold to a newly formed Board of Trustees by Mr and Mrs Simpson for a pittance, and the dream of Arundel School was born. The school was to cater for girls, both boarders and day scholars, be inter-denominational and draw its pupils from all corners of the then Federation of Rhodesia and Nyasaland, the countries now known as Zimbabwe,Zambia and Malawi.

The foundation stone was laid on 27th May 1955, a day commemorated every year with a special service. The first boarding house, Sabi, was ready for its first intake of girls in January 1956 whilst classrooms were being built. The school opened in Sabi House and was moved early in the first term to the newly completed classroom block. Priorities for the Headmistress Miss Fisher were a swimming pool, a Chapel and more classrooms. By 1959 a new wing of buildings was added, the ground floor consisting of two large classrooms and the upper floor (now known as the Cinema) becoming a temporary Chapel.

By 1968 there were three boarding houses, together with new classrooms and other facilities such as the first housing for resident staff. The school has continued to grow into the well-established community we know today, with facilities for all departments, sports, music and other activities. Arundel School continues to move forward as an outstanding educational establishment. The story of Arundel cannot possibly be told in one page but is detailed in the book ‘Grace and Learning from Africa’ written by former Headmistress Mrs. Dorothy Twiss. ‘Grace and Learning from Africa’ is available from the Reception Office at a cost of US$20.

Fenella Cottage was left in trust to the school by Mr T. B. Simpson, the original owner of Arundel Farm, after his death in 1989. The cottage is situated in Nyanga at the foot of Fenella Falls on the road to World’s View above Troutbeck. It nestles in a small valley surrounded by forests. A short walk from the cottage takes one to a viewpoint overlooking Troutbeck Hotel and its lake. Geography, Mathematics, Biology and Art students have made use of the facility and it also hosts the annual prefects’ leadership camp. Recent developments include an Outdoor Activity Course to boost the physical fitness of the students.

All parents of currently enrolled students are members of the Arundel Parents’ Association and are expected to be involved in supporting all aspects of the life of the school. The APA are led by a vibrant and committed body of parents who give their time and efforts to fund raise for projects that directly help or benefit the students. Past projects include the refurbishment of the Kewada Hall, the Durawall along the school boundary, palisade fencing of the inner perimeter and the guard house.

Arundel School offers both weekly and full boarding in spacious accommodation providing a home away from home. The boarders are provided with a secure, nurturing and comfortable environment in which the girls learn and acquire independence, tolerance and graciousness.  Boarders hail from the local suburbs, all over Zimbabwe and throughout the region assisting parents who either live a distance away or those whose lifestyles require in residence children.

Being situated on 100 acres with numerous amenities, boarders are encouraged to utilise their free time pursuing activities in the company of their friends. The level of  freedom for full boarders depends on the age of the student however there are 2 Fixture Free weekends most terms and boarders may take two other exeats per Term. Boarding is living in a community, however, what is lost in privacy is gained in companionship. As part of a close and supportive community, friends are made for life but opportunities are present to stay in touch with old friends.

Application Forms, available from the School Reception or online, must be accompanied by a copy of the applicant’s Birth Certificate and a processing fee of ZWL$6 500.00. Copies of the 3 (three) most recent school reports must accompany the Application Form where applicable. Prospective students for Form 1 entry may register at any time prior to the closing date in mid-June of the year before their proposed entry. Entrants for Forms 2 and Lower 6 should register at least one Term before their intended admission. No admissions are accepted into Forms 3, 4 and Upper 6.

For more information please contact the Registrar on registrar@arundel.ac.zw

For all entrance stages other than Lower 6, an assessment/examination is written prior to acceptance.

Form 1: An Entrance Assessment Day with papers assessing English and Mathematics  is held at Arundel on the first Saturday of July for pupils in Grade 7 (Year 8) for pre-registered pupils only.  An Orientation Day is held on a Saturday in September/October for all successful parents and pupils.

Forms 1 (second term onwards), 2 and 3: Applicants write the relevant internal examination with their prospective peers. These examinations take place towards the end of each Term or the beginning of the holidays for admission into the following Term and successful applicants are interviewed prior to the offer of a place. Examinations are not offered for entrance into the Michaelmas Term of Form 3.

Lower 6: Applicants must send in their IGCSE/O Level or equivalent examination results  immediately on receipt from the examination board.  An A or A* grade in at least 5 subjects with A/A* in the subjects to be studied at AS/A level are required. All candidates must have a C grade or above in English as a First Language, Mathematics, a Science and a second Language.  Shortlisted candidates will be interviewed and, if eligible, a place offered.

Girls are encouraged to visit the careers department from their earliest days at Arundel, enabling them to make assertive and informed choices at key times in their school life. This approach promotes independence and natures confidence, while creating feelings of positivity and excitement about their futures.

The goal of University and Careers Counselling is to ensure that students and their parents have access to relevant , practical and timely information to enable each student to move on to tertiary education institutions and/or employment that matches their individual talents and interests.

Students can avail themselves to one-on-one careers counselling interviews  and interact with a large array of guest speakers on different professions and university options. The advice provided helps students to secure scholarships, write CVs and develop their interview skills. The annual Insight Programme is run with the aid of local organisations to provide students with a realistic glimpse of their chosen career whilst they await their IGCSE examination results whilst the Lower VI Leadership Camp takes students outside their comfort zones and encourages hidden leadership qualities to emerge. 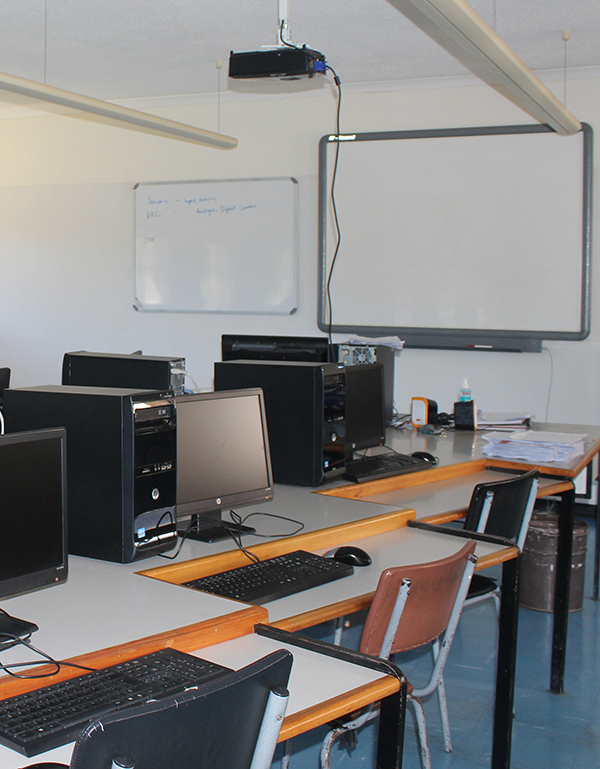 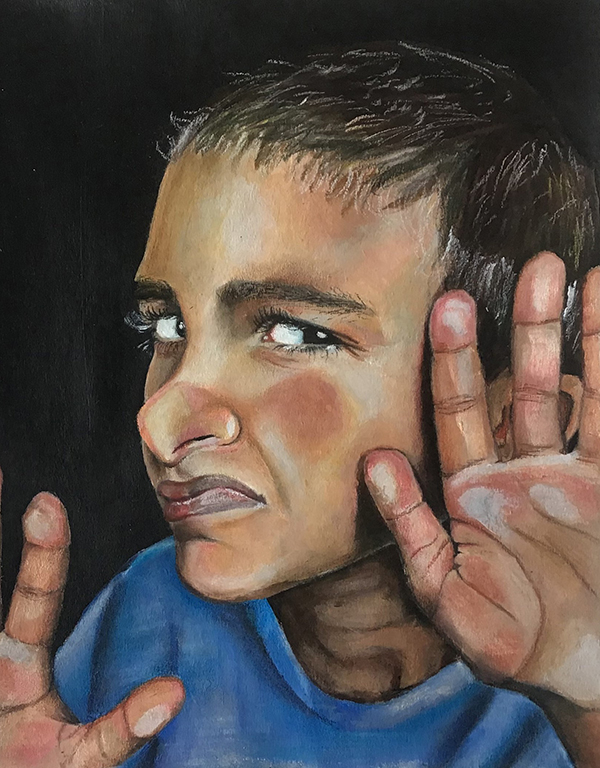 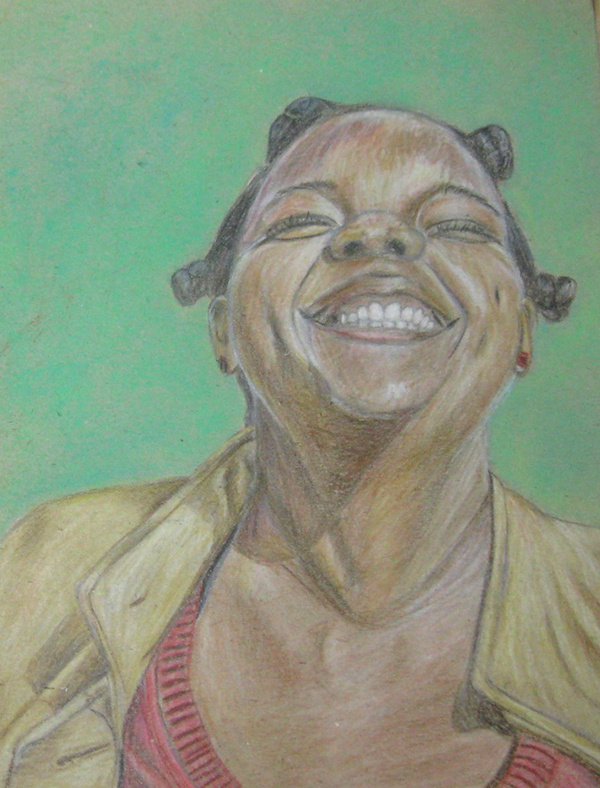 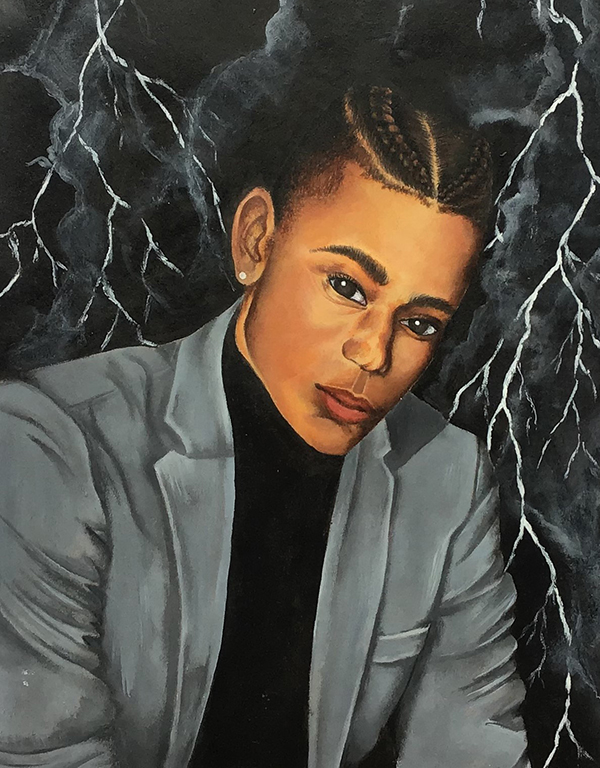 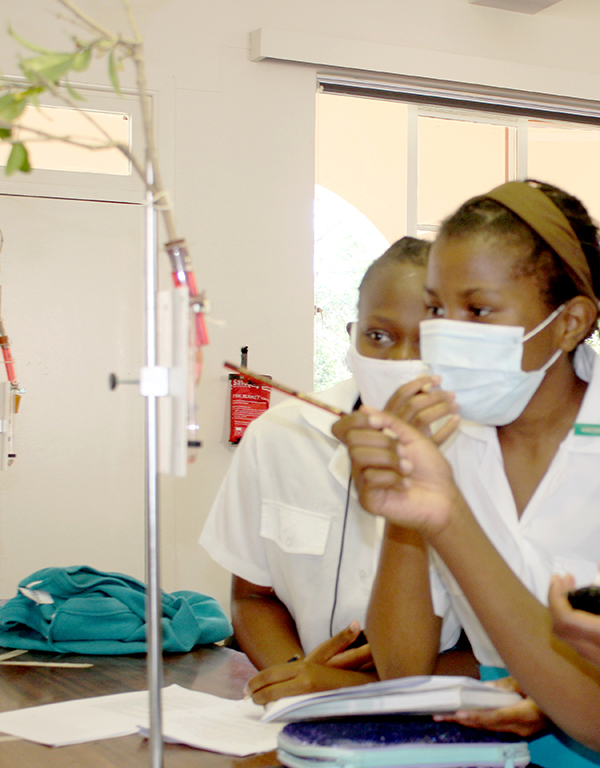 Students are enrolled for a 6 year programme following the dynamic Cambridge International Assessment Examinations (CIAE) Programme. IGCSE examinations are written at the end of Form IV, with AS and A level examinations being written at the end of Lower VI and Upper VI respectively. Computer proficiency is encouraged with girls obtaining their ICDL before leaving the school in Upper VI. Subjects on offer change periodically to ensure that the students are academically equipped to pursue careers of their choice.

Learning takes place in all arenas so every girl in the school takes part in two or more sporting activities. Participation in sports promotes team building, improves communication skills and identifies leaders whilst at the same time honing fitness.

The girls acquire life skills such as self-discipline, responsibility, consideration, self-awareness and respect for others. The school offers and fields teams in the following: Archery, Athletics, Basketball, Cross Country,  Diving, Hockey, Indoor Hockey, Rowing, Soccer, Swimming, Squash, Tennis and Volleyball as well as Fitness Training on the Outdoor Adventure Course. 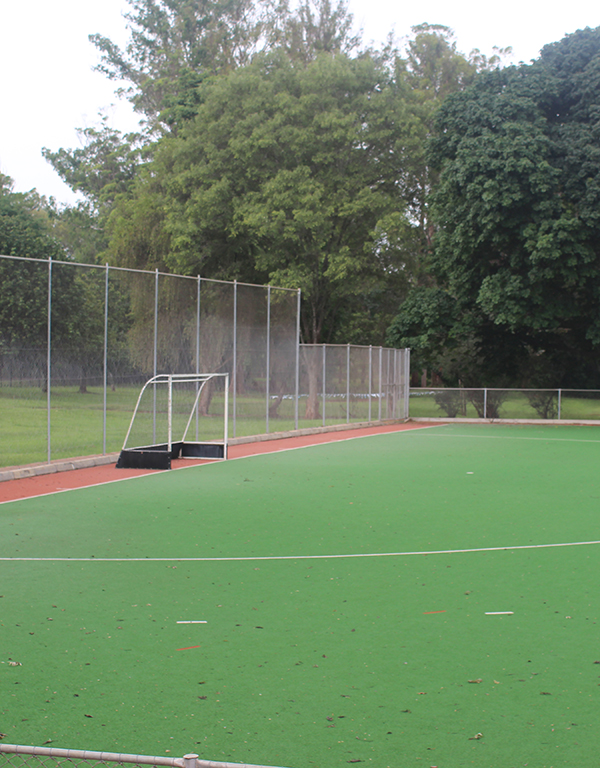 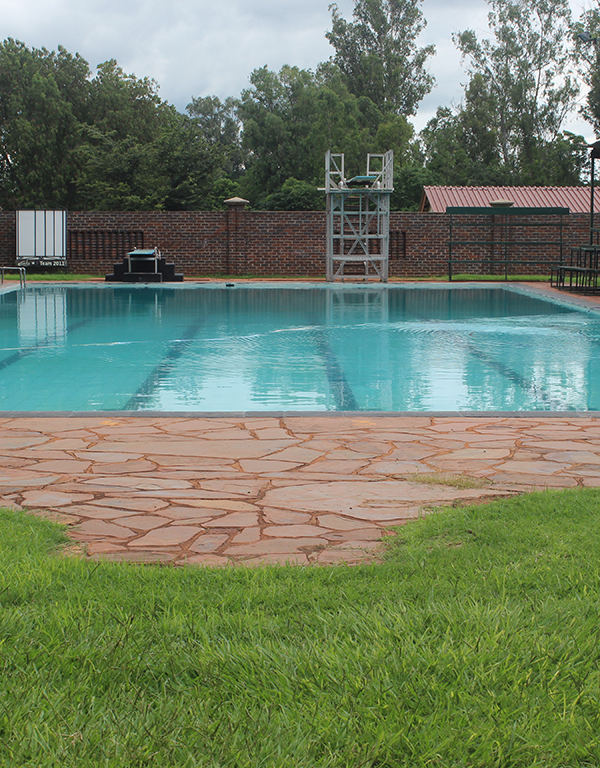 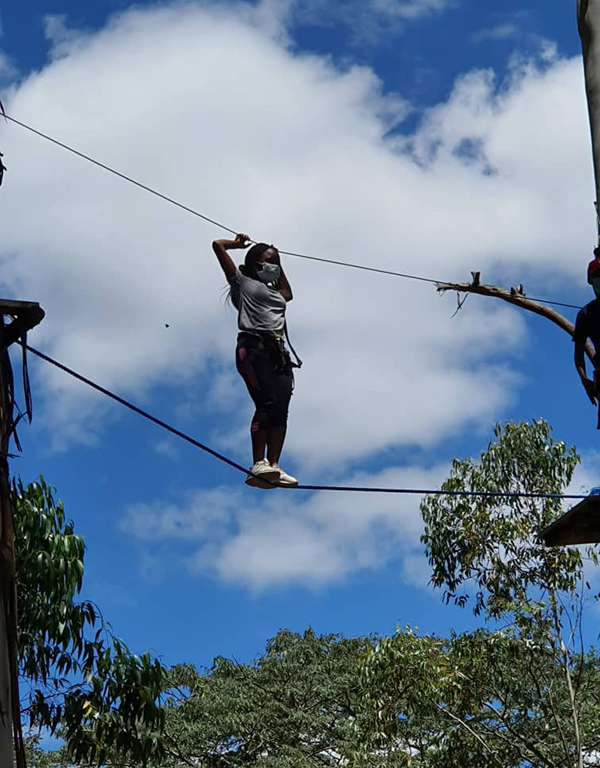 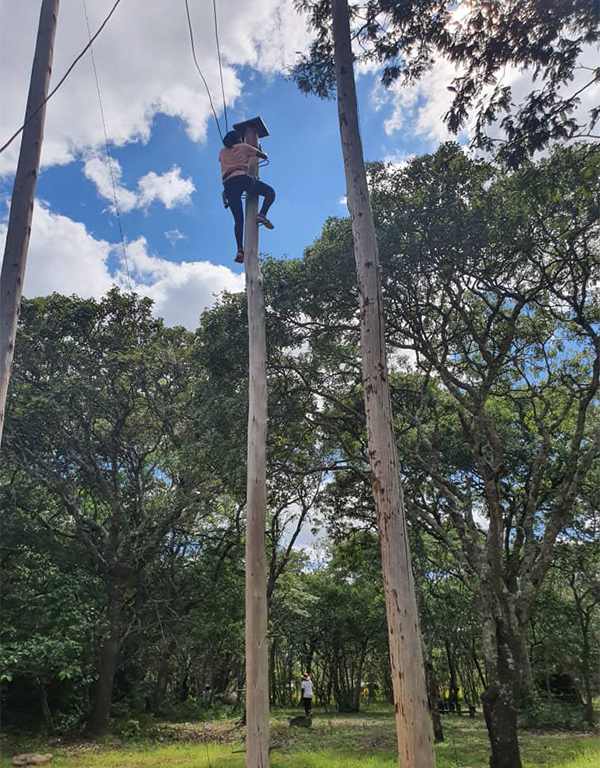 Participation and competition in Club and Society activities is an important aspect of Arundel community life. Girls are encouraged to express themselves fully and develop their talents.

A pivotal aspect of school life, everybody is welcomed to Arundel Chapel which is located in the centre of the school buildings. The foundation stone was laid in 1971 when the four Biblical Gospels were placed under the main columns of the foundations by representatives of the four main denominations (Anglican, Roman Catholic, Methodist and Presbyterian) embraced in the original school community thus emphasising the inter-denominational aspect of the Chapel. School services are held in the Anglican tradition however individuals are invited from all religions to seek solace and peace.

A founder member of the school staff, Miss Margaret Raven took responsibility for the daily care of the Chapel and in 1957 formed and trained the first Chapel Choir, specialising in Sacred Music, and affiliated them to the Royal School of Church Music. The Chapel Choir continues this tradition leading liturgical worship at the school.

The Chapel is much in use today, not only for school services, but as a community service to all who seek its peace and serenity. A former Headmaster described the Arundel community as  being a School within the grounds of a Chapel, a very fitting description!

Music provides a total brain workout and at Arundel is active, exciting and rewarding, covering many different musical spheres and providing something to appeal to every girl. Individual lessons are offered in classical as well as traditional instruments together with vocal lessons and all students are invited to audition for membership in the Choirs and Ensembles. Novices are also invited to express themselves by joining the Choirs, Orchestra, Marimba and Mbira ensembles.

Leavers join a vibrant family of “Old Girls” who participate in the life of their alma mater sending in their news and updates from all over the world. They make contributions, financial and in kind, and invaluably assist in the development, growth and mentoring of their younger sisters. alumnae@arundel.ac.zw

Pay Us A Visit

Arundel School is a traditionally-based, value-oriented seat of learning. It is a private school catering for girls aged 12 to 18 years in Forms I to UVI, both day-scholars and boarders.